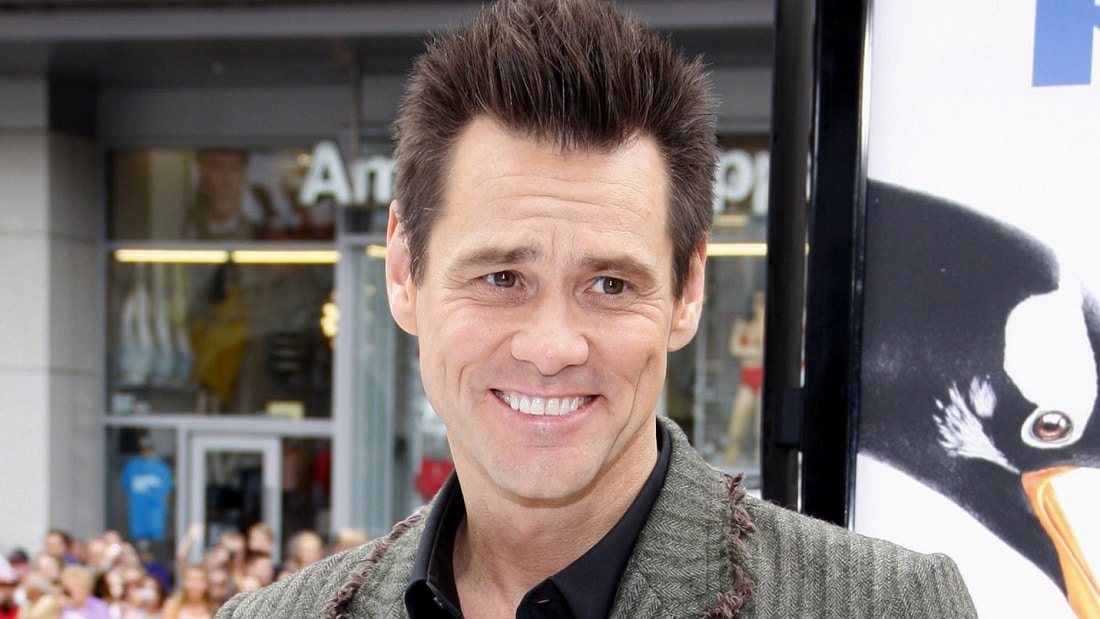 With his unique flavor of slapstick humor, he’s one of the most recognizable actors of our time. And he’s not just known for his comedic roles, he has been very successful at playing serious characters as well. Apart from acting, he writes, paints, and draws political cartoons. But is Jim Carrey vegan?

No, Jim Carrey is not vegan. The last time he spoke about his diet, he ate eggs, meat, fish, and honey. Since then, he has expressed concern about climate change and mentioned the cattle industry as part of the problem, but he has never called himself vegan or talked about giving up animal products altogether.

Jim doesn’t speak about his diet often and he usually doesn’t need to change his diet for a role. But in the movie The Incredible Burt Wonderstone, which came out in 2013, he had to look muscular. Afterwards, he said the following about that: “It looks great. It’s fantastic and gets a lot of attention, but you have to eat, like, antimatter to stay in that kind of shape.”

Once the movie had been shot, he was happy to be in control of his diet again. He tried a diet without dairy, sugar, coffee, and other things for a few weeks and tweeted about it multiple times. In one of the tweets he mentioned what he did eat:

A few years later, in 2016, he was spotted at a restaurant and reportedly ordered “sparkling water, ­pinot noir, lemon chicken and a quinoa dish.”

So, based on his own words and the observations of others, Jim is not vegan. And he has made no mention of veganism or any change in diet since.

How the rumors got started

False rumors that Jim is vegan have been going around for a long time. The fact that Jim played the animal detective Ace Ventura in two movies has contributed to this, even though using animals for entertainment isn’t actually vegan. But that role wasn’t the only reason some people thought Jim was vegan.

In 2009, there was a swine flu pandemic. It was called the swine flu because it originated in the pig industries, but because the virus changed it was able to spread from human to human as well. It is estimated to have killed 284,500 people worldwide. That year, Jim won the award for Best Comedic Performance at the MTV Movie Awards, and in his acceptance speech he said: “There wouldn’t be a swine flu if we treated the pigs better!”

Of course, it’s great that Jim raised awareness of how the treatment of pigs directly resulted in a disease that killed hundreds of thousands of people. But the people who interpreted this as a sign of veganism read too much into it. He only suggested that we should treat pigs better, he didn’t point out that we don’t need to breed and eat pigs at all.

The false rumor that Jim is vegan has been fueled further by what looks like a screenshot of a Facebook post made by him that has been circulated online. The screenshot shows a photo of him holding a bunny in his arms, accompanied by the caption: “Since I’ve been spending my time in nature with animals i found out that, we are the wild savages and they are the ones who are actually civilized.”

As it turns out, though, the screenshot is fake. For one, Jim isn’t even on Facebook. He states clearly on Twitter that his Twitter account is his only social media account. And secondly, he never spoke or wrote those words. He actually tweeted the photo with a completely different caption: “Happy Easter or Passover or whatever reason you can find to feel warm and fuzzy. =(:•}”

It should also be noted that the misattributed quote has nothing to do with veganism. Veganism isn’t about comparing humans to animals or idealizing nature, it’s about making sure we don’t harm animals when we don’t have to.

Jim versus the cattle industry

“Can we continue to rely on the remains of dead animals for food or fuel? Are Big Oil, Coal and Cattle ancient dinosaurs that will lead to our extinction? If you wish to find a healthy way forward, watch this. https://youtu.be/DnM01a5bZcg”
— Jim Carrey (@jimcarrey) February 10, 2018

The link takes us to a feature-length documentary/presentation titled The Third Industrial Revolution: A Radical New Sharing Economy. It’s presented by Jeremy Rifkin, who makes the case that we are in an economic and environmental crisis that will get significantly worse if we don’t radically change our way of life. According to him, we need a shift in communication technologies, energy sources, and modes of transportation, so we can go from geopolitical consciousness to biosphere consciousness.

The animal industries don’t get mentioned until 50 minutes into the documentary, but Jeremy mentions them several times after that and makes it very clear that animals are to be included in the biosphere consciousness.

He states that meat consumption is the number 2 cause of climate change, in particular because of the methane produced by the 1.3 billion cows on this planet. He states that cows alone “take up about 23% of the land mass of the earth.” He states that the rainforest is being destroyed for hamburgers. And he mentions how inefficient the animal industries are: “You know that 40%—I believe it is— of the land that’s used for agriculture in the world today is to grow feed for animals? It takes at least 8 pounds of feed to create 1 pound of beef. That makes the transport industry look, like, super-efficient. It’s the most inefficient system we know in the food chain.”

In his tweet, however, Jim mentioned “cattle,” not meat or animal products, which suggests that he’s more focused on climate change than animal rights.

A few months later, on Earth Day 2018, Jim brought the topic up again by tweeting one of his own cartoons that linked cattle to climate change:

Why it’s important to include all animals

The fundamental problems of the cattle industry apply to all animal industries. It’s always more efficient to eat plant-based food directly than to produce plant-based food, feed it to an animal, and then eat the animal or their secretions. And no animal deserves to be brought into this world only to be used and killed.

Furthermore, we can’t ignore the fact that cows are significantly bigger than pigs, chickens, and fish. So, if we only cut out beef, but continue to eat pork, chicken, and fish, we’re actually likely to end up eating more animals in total.

So, hopefully, Jim, and everyone else who wishes “to find a healthy way forward,” starts to include all animals in the biosphere consciousness and goes vegan.

Do you want to learn more about veganism? Check out our list of free resources!

Did you spot inaccurate or outdated information in this article? Let us know!

Photo by gageskidmore / CC BY

Photo by disneyabc / CC BY

Photo by gageskidmore / CC BY